Florence and its treasures:
discover the city and its secrets!

Everyone has secrets... Florence too!

The Cradle of Reinassance, the old Capital City of Italy, part of the UNESCO heritage... Firenze! How beautiful is it? There's nothing compared to this city, which has its own charm and fascinating history.

Each year, Florence hosts around 12 millions of visitors who want to discover all the beauty this city has to offer. But most of them, they don't have the chance to discover all its secrets and hidden places. So here you have! A list of 10 "must-see" that you cannot really miss during your stay here, in my beautiful, incredible city!

Opened in 1221, the Officina Farmaceutica of Santa Maria Novella is a real gem of the city. Elegant furnishings, precious chandeliers, frescoed vaults, really make this place unique and fascinating. This Officina was created by the Dominican Monks of the Basilica di Santa Maria Novella, just round the corner, built this "pharmacy" to create balms, creams, ointments and medicines for their infirmary. 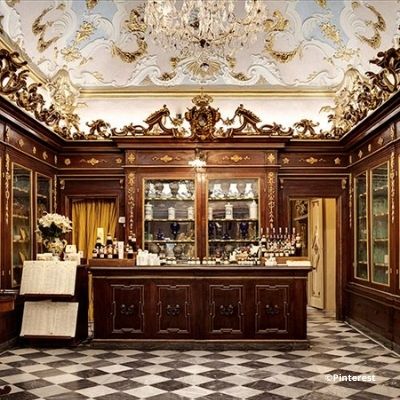 Wine lovers: this is for you! Have you ever noticed some small windows in some ancient and nobles palaces in Florence downtown? These small windows were used to sell glasses of wine or flasks to all the patrons. Today only 4 "buchette" are still working and you can find them at: Gelateria Vivoli, Babae in Via Santo Spirito, Osteria delle Brache in Piazza Peruzzi and to Il Latini restaurant in Via dei Palchetti. You cannot miss this experience, you definitely have to try it! 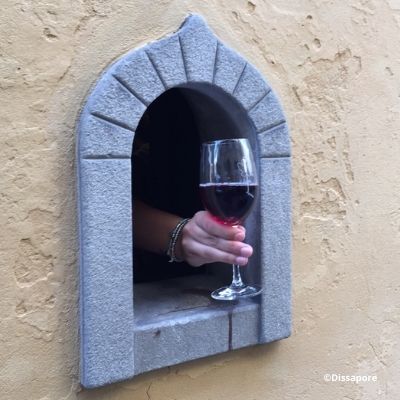 Strolling around the city you have to sharpen your eyes and look at all the traffic signs, not only to walk safely, but also to find the artworks of Clet. If you would like to deepen, you can visit his museum, the Clet Abraham Studio in San Niccolò disctrict. 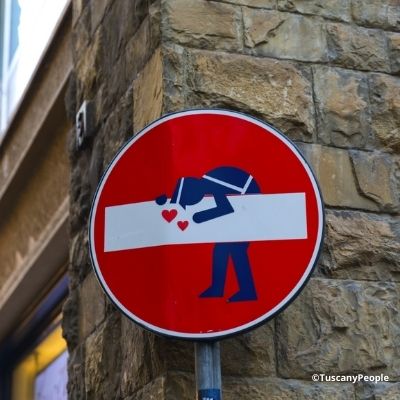 Michelangelo Buonarroti, one of the greatest artist in the entire world used to make sketches around Florence, but not only on the paper! When you visit the beautiful square Piazza della Signoria, take a look at the Palazzo Vecchio and go towards the Uffizi Gallery; just before the end of the Palazzo Vecchio building, behind the statue of Ercole and Caco, there's a special bas-relief. Guess who made it? Michelangelo! We don't know the real reason and who is the person portrayed, there are 2 different options. One legend says that he's a sentenced to death that Michelangelo wanted to portray, focusing on his blank stare; the other legend instead is more curious. It seems that the great artist had a sort of "stalker" and one day, while he was walking and disturbed by this man, he took a chisel and drawn him to stop the stalker. 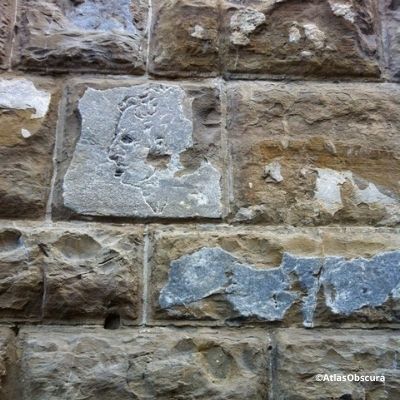 Located in Piazza Santissima Annunziata, in the Ospedale degl'Innocenti (Innocenti's hospital), is today International Study Center of UNICEF, but in the past was monastry/hospital. There a special wheel was built, where poor people could leave their child to have a better life. The sisters were warned by a bell, that the mother sung to not let the baby stay too much outside. The baby, before being moved to the orphanage, was exposed publicly to allow people to adopt him/her or to let the natural parents to take him/her back. The wheel was used from February 5th 1445 to 1875, when was abolished for the nomination of Florence as Capital City. 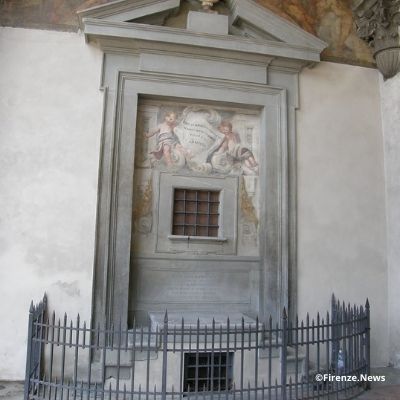 There's love and there's pain in this story. In Palazzo Grifoni a window is always, always, always half opened, night and day, summer and winter... but why? Legend says that a member of Grifoni's family, said goodbye to her husband who went in war. She waited all her life, looking from that window but her love never came back.
After she died, they closed the window, but the room came to life: the paintings dropped from the walls, lights went crazy and the furniture started to move.
But once the window was opened again, everything stopped and became calm again. The wife has to wait forever for her beloved husband. 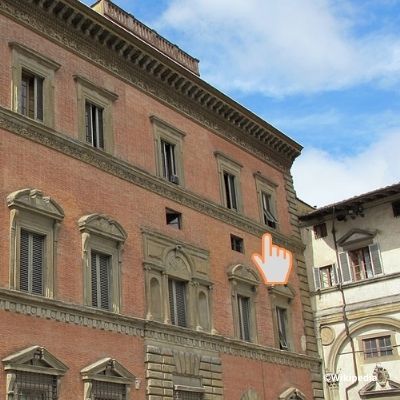 Saint Zanobi Column and the elm

Right before the entrance of the Battistero, in Piazza Duomo, there's a white marble column topped by a cross. In the middle of the column, you'll see a bronze elm in memory of a miracle happened on January 26th 429. The legend says that in that day, while they where moving the remains of San Zanobi from the Church of San Lorenzo to Santa Reparata, these touched a died elm. The tree came back to life and everyone saluted as a miracle. Amazing right? 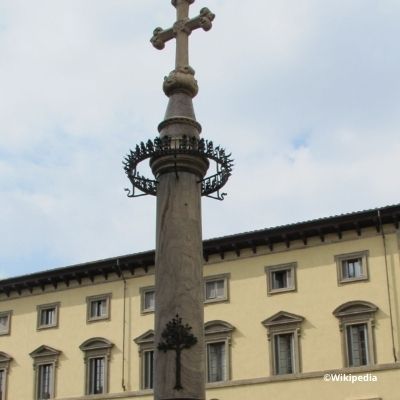 Cow's head in the Duomo's facade

Alongside the left side of the Duomo, on a ledge, there's a cow head. The official story is that this head was built to pay tribute to all the animals who worked to build the Cathedral, but there's another story, a funnier one! It seems that a carpenter, who's working there, had a love affair with the baker's wife. Once they were discovered and reported to the authorities, they had to finish this relationship. To take revenge, the carpenter built the head of a cuckold animal right in the most visible place, where the baker could see it, to mock him. This is a funnier history, right? 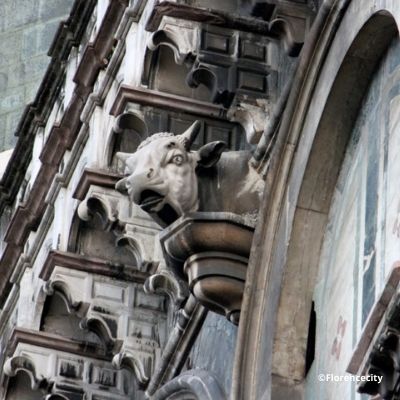 The celestial mystery of Palazzo Vecchio

Inside the townhall, Palazzo Vecchio, in the Ercole Room, there's a painting, the nativity scene, where in the horizon, there's a one of the most ancient testimonies of the UFO! In fact there are some flying discs in the sky. Could you imagine? 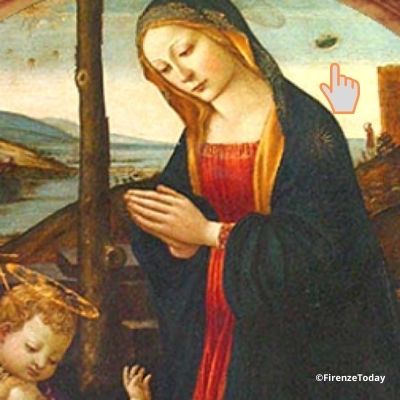 Born as a secret path for the Medici's family, this hallway unites the Uffizi to Palazzo Pitti for 1km over Florence and the Arno river. Here you could have a fantastic and unparalleled view of the city. Unfortunately this corridor has been closed in 2016, but in 2022 it should be reopen again and give the chance to visitors to see and admire this amazing and unique place. 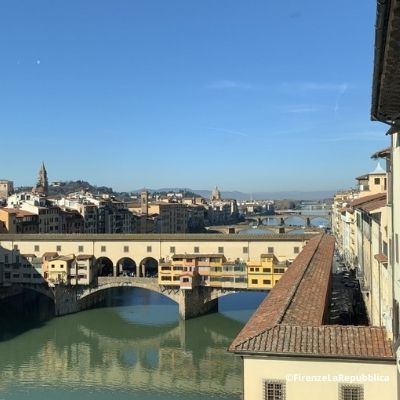 These are just some of the places that you really have to see, at least once in life. You just need to come! Florence welcomes you!
Come and see!