The Wedding Planner gets married!

After almost 13 years of relationship (OMG how manys!), I received the most awaited proposal. And I received it in the City of Love... Paris! My heart is still racing while I'm writing this article, because it was a real dream.

I'm a quite private person, but I thought this news had to be revealed since, as many others reading this article, I'm a bride-to-be and I've to organize everything from A to Z. So I will share with you my steps through this beautiful ride, from a particular point of view, the one of a wedding planner!

But now, I'll go to the juicy part! How was it? How Matteo proposed to me?

Let's rewind a bit until March 2021, when Matteo and me were thinking about holidays: where we could go? Will we be able to travel with all the Covid situation?
I suggested a road trip in Germany, through the fantastic Schwarzwald, the Black Forest (it seems dark and scary, but don't worry is none of this and I really recommend to go visit it). But he firmly said "let's go to Paris". And you know, even if I visited it 4 times, you cannot say "No" to Paris, especially if you are a very curious person and you are thinking about the proposal for years :)

So August came, we got vaccinated, we obtained the Green Pass and we were able to fly to Paris.
We left on Monday 16th from a very hot Florence, we arrived in France and it was quite... freezing! It rained almost for all the holiday... so lucky!

The first two days we visited a lot: we went to the Musée de l'Orangerie to see the charming Nymphéas of Monet, the Arc de Triomphe, the Avenue des Champs-Élysées, the stunning Château de Versailles. Of course, since we are two real foodies, we tried a lot of fantastic dishes! Matteo is a very organized person and he booked different restaurants and bistrot, in which we had the chance to taste fantastic delicacies (I really suggest you to go to Le Bistrot d'Yves, dans le 17th arrondissement, excellent food and delicious wine!).

Then the 18th came and everything was organized: in the morning we went to one of my favourite museum... the Louvre of course! Fours hours later and after having seen two of my favourite operas, Amore e Psiche of Canova, Eugène Delacroix's La Liberté guidant le peuple, we went to the Les Halles and Le Marais district, but Matteo was quite nervous and he said me that we had to hurry since the restaurant was booked for 7.30pm.

So we came back to the hotel, we dressed up and we took the métro. He didn't told me where we were going since it was a surprise. So, as you can imagine, my head started to wander! I'm a very curious person, but this time, I decided to not ask and just live the moment. It was sooooo hard!

By the way, we stopped at Montparnasse and I discovered that the restaurant was "Le Ciel de Paris" on the 56th floor of the Tour de Montparnasse!
Our table was just in front of the big windows showing all Paris and we were facing the Tour Eiffel. It was amazing! All the dinner was really elegant with champagne and superb dishes, but... nothing happened! I remember I thought "well, the night is young".

After the dinner, he said me "let's take a taxi and let's go to Trocadéro to see the Tour sparkle". We arrived to this amazing square and I thought that this was the BIG moment, but... nothing happened.

After 10 minutes, he suggested to go the Parc Champ de Mars, to lay under the Eiffel Tower. We relaxed for maybe 5 minutes and then he exclaimed "Let's go to another place, I don't want to stay here". I swear to you, it was 11pm and I was thinking: What are you playing at, man?

So again, we took the taxi and we arrived to the Sacrée Coeur, he took my hand and we went to a very intimate street that we firstly saw back in 2013. I was very surprised that he had remembered it: it's a fantastic place, with romantic street lamps, where you can have a beautiful view of the Tour Eiffel, all Montmartre and the Sacrée Coeur. So magical. And there, when I was looking at the Tour, he gave me a lovely letter, he got down on his knee and he FINALLY asked me "Will you marry me, love?".

I remember I thought "OMG IT'S FINALLY HAPPENING!" and of course, I said YES! I confess you that I was really loosing hope because we strolled around Paris all day, and I knew that the 18th is a very important number for our relationship and that day was coming to an end.

Later he admited that he knew that I was thinking (and I add, hoping) that he would have proposed me in Paris, so he decided to bring me to many different places to confuse me. Well done Matteo! You really did it and you really know me by heart!

As you can imagine, the rest of the holiday was more than amazing, even if... it continued to rain all the time!

That's my story and I hope you enjoyed it :)

So, from now on, I will share with you the organization of my wedding and I promise, I'll be sincere, but of course, I won't tell you all the details, otherwise... there's no surprise!

I hope you enjoyed my romantic story and I'll keep you posted on the next steps! 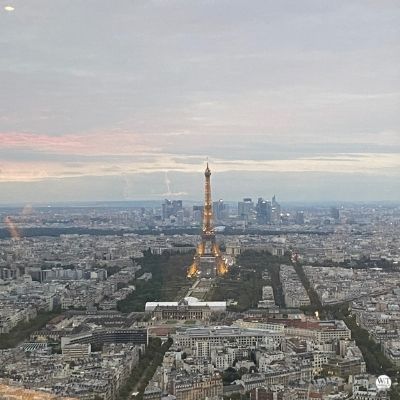 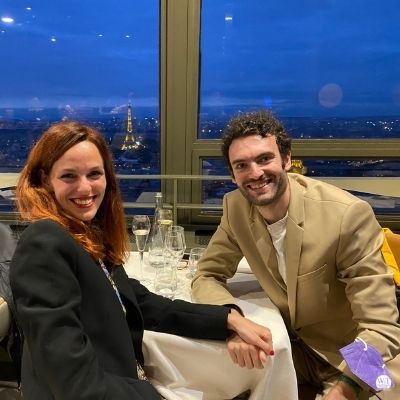 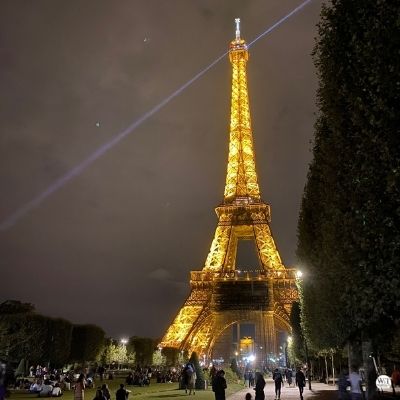 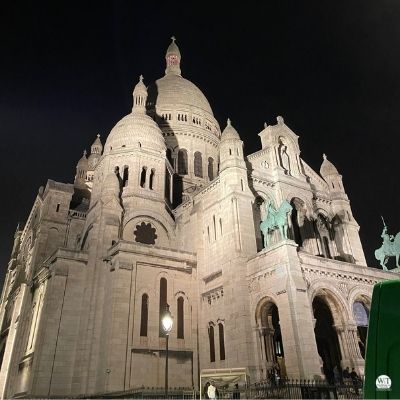 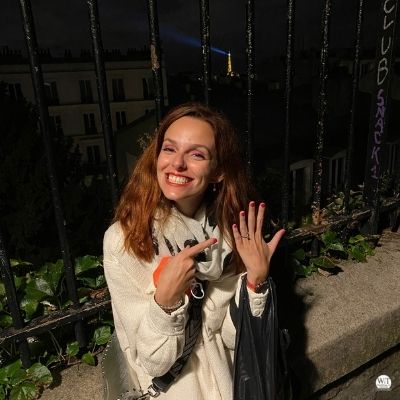